OvadYah Avrahami is an independent research scholar.  He works tirelessly as an activist promoting Israel and settlement of the Land of Israel,  and as Webmaster and co-ordinator of Kol HaTor.  His publications have been circulated internationally since the early sixties and have affected the thinking and Scriptural interpretation of non-Jewish Bible scholars on all levels – from novice right through to academically qualified teachers world wide. 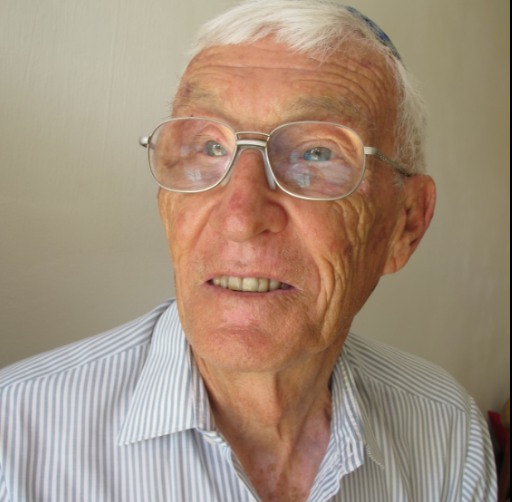 OvadYah has been a pioneer since the 60’s to enlighten Bible students about the Hebrew Roots of Christianity, long before it became the popular movement that it is today.

The Hebraic Roots Restoration Movement is a non-organizational and highly individualized Movement amongst serious and sincere Bible students of all religious denominations right across the globe.  This awakening is also noticeable in the world’s largest Christian denominations, where there is growing reference to the  ‘discovering of the Jewish Roots of Christianity’.

When Rabbi Feld and OvadYah met in Israel in 2005, it did not take them long to discover that they were sharing the same passion and unquenchable zeal for the Reconciliation of the 12-Tribed Kingdom of the G-d of Israel. Shortly after, they founded the Kol HaTor Vision as a publications medium to promote knowledge of this anciently proclaimed prophetic vision which forms the main theme of the Bible:

viz. The Restoration of the 12-Tribed Kingdom of Israel, i.e.:

It has since transpired that Avraham Feld’s Rabbinic knowledge and contact fields in Judaism, from right within the heart of Jerusalem,  together with OvadYah’s in-depth knowledge of and his exposure to non-Jewish Hebraic Restoration students across the world through the medium of the Internet, form a powerful representation of both the House of Judah and the re-awakening House of 10-Israel.

KOL HATOR and the listed Associates confirm their communal agreement with and support for the promotion of Reconciliation between the striving factions of the House of 10-Israel (being the re-identifying Ten Lost Tribes of Israel)  and the House of Judah (the Jews). This spirit of association is based on their support and pursuance of the ultimate […]

Making a Donation to Kol HaTor

Payments can be made by cheque or direct Bank transfer. Please contact the project co-ordinator for details. Your kind consideration is highly valued by us! PLEASE NOTE! Your Support of Kol HaTor will earn you a FREE Bonus Holiday stay at our Guest House in Shomron, Israel, valued  @ $1.200 every year! For details of Guest […]

Seeking grassroots support from both Jewish and Hebraic Restoration 10-Triber ranks. If you identify with the Prophetic Cause of the Restoration of the United Kingdom of Israel, then we need your Voice of support. Please read 'The factors that Unite us' - if in agreement, you are invited to join our Action Team or Observation-Only group.

Leave your email-adress and stay connected.