Welcome to our Blog for New confirmations from Scripture

As more and more pieces are found in Scripture of the Great Puzzle of the End Time Events which are now in
process and which are leading to the Final Redemption, the Ultimate Truth now revealing itself seems to protrude faster and faster. Such revealing knowledge has been promised by the Prophet Daniel:

Daniel 12:4 “But as for you, Daniel, keep these words secret and seal the book until the time of the End. Many will go back and forth and search anxiously [through the scroll], and knowledge [of the purpose of God as revealed by His prophets] will increase.”

The G-d Who will be “What, where and how He chooses to be.”

Parashat Va’erah’ – and He appeared … (unto Moses).

The Creator created all by Himself – including man and woman. Now He needs His People to UNITE, to become His Servant, His Witness who will bring His Light and Glory to the Nations. This places a great responsibility on those who wish to be His elect. READ MORE >>>

END_OF_DOCUMENT_TOKEN_TO_BE_REPLACED

The Shechinah (Presence) of HaShem – Part 3

We have recently commented repeatedly how that some of our most common phrases used to determine main concepts of our Faith, do NOT appear in the Scriptures at all. We will be featuring yet another one of these, Shechinah – sprouting from our Parashat commentaries this week.
READ MORE …

END_OF_DOCUMENT_TOKEN_TO_BE_REPLACED

Here’s The Key to reaching Redemption

With this week’s Parashat Va’yechi we reach the end of the most significant Prophetic metaphor for the Times that we are living in: that of Yoseph, the Family Restorer. Yoseph devoted all of his ingenuity as an illustrious World Ruler in the Egyptian Empire in order to restore and reconcile his family of which his own brothers sold him into slavery after almost murdering him. This final…

END_OF_DOCUMENT_TOKEN_TO_BE_REPLACED

The Haftarah this week, most emphatically and magnificently confirms our Kol Hator (KHT) Vision …

END_OF_DOCUMENT_TOKEN_TO_BE_REPLACED

Light unto the Nations

This week’s Parashat Miketz falls in the week of Chanukah, the Feast of Light. The Rabbinic commentaries that we link to (at the foot of this article) places great accent on this factor of Light. They seek the deep connection between Parashat Miketz and Chanukah.  It is all about the interceding by ‘Yosef’ – the present day metaphorical fulfilment…
Who is Yoseph today?
READ MORE…

END_OF_DOCUMENT_TOKEN_TO_BE_REPLACED

Why does the Bible reflect Yosef as an Egyptian?

For those who may freak out at this idea that Yosef was ‘an Egyptian’ – of course, he was born a Hebrew/Israelite, but he grew up long before there was a Sinai Covenant and a Mosaic Academy. And he was captured to Egypt as but a teenager. For most of his life, until his death, he was a Ruler of Egypt. There is a Message in this – a Message for us in this End Time approaching the Final Redemption (Geulah)…

END_OF_DOCUMENT_TOKEN_TO_BE_REPLACED

In a stunning historic development this week (17-23 November 2019 – 5780 Bible Calendar) the attention of the World has been drawn to the Original Bible Land – the much contested ‘Judea and Samaria.’ as being the legal right of the Jews to possess. This occurred when the President of the USA shocked the World with this declaration early in this week.

What does this mean for our Time and forward?

END_OF_DOCUMENT_TOKEN_TO_BE_REPLACED

Did God appear to Avraham?

These questions flowing from our Parashat Vayerah, this week, may hold an astounding answer which could rattle the foundations both of Judaism and Christian Messianism.

Apart from the question about the 3 ‘Angels’ in this Parashah, there is the main question of “Can / did / does God appear to man?” Many readers will simply close the book on any further contemplations. The evidence though that our selected commentaries on this Parashah will present here, are sure to hold irrefutable reasons for re-consideration of the long held religious traditions which so destructively divide the Elect Nation of HaShem – on BOTH sides.

END_OF_DOCUMENT_TOKEN_TO_BE_REPLACED

Parashot Bereisheet and Noach (last 2 weeks) have revealed great new insights to us regarding the identity of “The Light to the Nations.” Contrary to the general concept that it refers to ‘the Jews’, it has now become clear that it refers on a wider basis to the combined body of Jews and returning Ten Tribers. Hence it is a yet future event preceding the Geulah (Final Redemption).

END_OF_DOCUMENT_TOKEN_TO_BE_REPLACED

The REAL Truth underlying the Jews as the Light Unto the Nations?

It is increasingly becoming evident these days as “Knowledge is increasing” (Daniel 12:4) how general religious ‘clichés’ that are commonly used in Christianity and Judaism have no written Scriptural source in the Bible.

We will concern ourselves for this discussion with one such very common claim, that “the Jews have been appointed as ‘A Light unto the nations.’”

There are those who claim that this statement is nowhere to be found in Scripture. While this is true to some extent, the confirmation of this Divine Mandate underlies several Scriptures which indeed confirm this Mandate – and in a Way that leaves no doubt, even if somewhat concealed. In fact, in this way it is presented as an overall concept of the Way in which the Creator, God of Israel, has chosen to rule and regulate the World, at the same time thereby testing His would-be followers if they truly are prepared to follow HIS directives and not their own desires.

END_OF_DOCUMENT_TOKEN_TO_BE_REPLACED

This book reveals the ‘hidden Secrets of Judaism’s invincibility’. These vibrant, spiritual life-giving formulas have been uncovered from the New Testament…
Read More 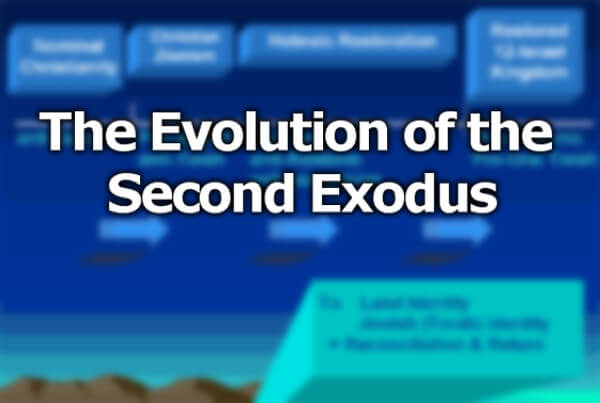 The G-d Who will be “What, where and how He chooses to be.”

The Shechinah (Presence) of HaShem – Part 3

Here’s The Key to reaching Redemption

Light unto the Nations

Why does the Bible reflect Yosef as an Egyptian?

Did God appear to Avraham?

The REAL Truth underlying the Jews as the Light Unto the Nations?


Re-unification of the 2-Houses of Israel without proselytizing

The Kol HaTor Vision recognizes the great Stumbling Block that evangelizing of Jews presents in the Reconciliation Process between Judah and Messianic 10-Israel and the extensive damage done to the Jewish people over the centuries by attempts to convert them to Christianity.
Kol HaTor, as a representative Voice of Returning 10-Israel, does not support any of these missionary activities, either historically or currently. Kol HaTor associates declare their commitment not to proselytize Jews, or to influence Jews in any way whatsoever to abandon their historic and correct faith.
Rather, Kol HaTor strives to influence re-identifying 10-Tribers to abandon the churches and return to the synagogues, to their Hebraic Roots of the Original One True Faith, to Torah and to Jewish Halachah and Rabbinic authority.

Seeking grassroots support from both Jewish and Hebraic Restoration 10-Triber ranks. If you identify with the Prophetic Cause of the Restoration of the United Kingdom of Israel, then we need your Voice of support. Please read 'The factors that Unite us' - if in agreement, you are invited to join our Action Team or Observation-Only group.

Leave your email-adress and stay connected.